The have been two notable instances recently of Professor Stephen Hawking, perhaps the most famous scientist of the day, going so far as to pronounce that philosophy is dead.

The first of these occured in Stephen Hawkings recent book, The Grand Design: new answers to the ultimate questions of life (co-authored with Leonard Mlodinow and on sale from early September, 2010).

Chapter I ~ The Mystery of Being ~ actually begins on this theme:-
We each exist for but a short time, and in that time explore but a small part of the whole universe. But humans are a curious species. We wonder, we seek answers. Living in this vast world that is by turns kind and cruel, and gazing at the immense heavens above, people have always asked a multitude of questions: How can we understand the world in which we find ourselves? How does the universe behave? What is the nature of reality? Where did all this come from? Did the universe need a creator? Most of us do not spend most of our time worrying about these questions, but almost all of us worry about them some of the time.

Traditionally these are questions for philosophy, but philosophy is dead. Philosophy has not kept up with modern developments in science, particularly physics. Scientists have become the bearers of the torch of discovery in our quest for knowledge. The purpose of this book is to give the answers that are suggested by recent discoveries and theoretical advances. They lead us to a new picture of the universe and our place in it that is very different from the traditional one, and different even from the picture we might have painted just a decade or two ago.
The second instance of Stephen Hawkings pronouncing on this theme was delivered during his forty-minute presentation on the subject "Why are we here?" given at an high profile "Google Zeitgeist" sponsored conference held in Hertfordshire, close to London, on 16 May, 2011 and was, ~ to a large degree, ~ a re-statement of the opening selection from "The Grand Design" as already quoted.

During his presentation Stephen Hawking said that fundamental questions about the nature of the universe could not be resolved without hard data such as that currently being derived from the Large Hadron Collider and space research.

"Most of us don't worry about these questions most of the time. But almost all of us must sometimes wonder: Why are we here? Where do we come from? Traditionally, these are questions for philosophy, but philosophy is dead," he said. "Philosophers have not kept up with modern developments in science. Particularly physics."

Prof Hawking went on to claim that "Scientists have become the bearers of the torch of discovery in our quest for knowledge." He said new theories "lead us to a new and very different picture of the universe and our place in it".

Stephen Hawking is acknowledged as being a complete whizz at math and physics and, as such, is possibly qualified to consider such questions as ~ How does the physical universe behave?

Yet, it could well be that the assertion that ~ philosophy is dead ~ goes too far as a case can surely be made that Prof. Hawking is rather less well qualified to pose the question ~ How can we understand the human world in which we find ourselves?

We would suggest that a meaningful and worthwhile answers to questions about ~ "The Human World" ~ might well rely of psycholgical, philosophical and historical insights rather than on math and physics!!!


RALPH WALDO EMERSON (1803-1882) was, in his time, the leading voice of intellectual culture in the United States. He remains widely influential to this day through his essays, lectures, poems, and philosophical writings.

In the later eighteen-twenties Ralph Waldo Emerson read, and was very significantly influenced by, a work by a French philosopher named Victor Cousin.

A key section of Cousin's work reads as follows:

"What is the business of history? What is the stuff of which it is made? Who is the personage of history? Man : evidently man and human nature. There are many different elements in history. What are they? Evidently again, the elements of human nature. History is therefore the development of humanity, and of humanity only; for nothing else but humanity develops itself, for nothing else than humanity is free. …
… Moreover, when we have all the elements, I mean all the essential elements, their mutual relations do, as it were, discover themselves. We draw from the nature of these different elements, if not all their possible relations, at least their general and fundamental relations."
Introduction to the History of Philosophy (1829)

Even before he had first read Cousin, (in 1829), Emerson had expressed views in his private Journals which suggest that he accepted that Human Nature, and Human Beings, tend to display three identifiable aspects and orientations:

Imagine hope to be removed from the human breast & see how Society will sink, how the strong bands of order & improvement will be relaxed & what a deathlike stillness would take the place of the restless energies that now move the world. The scholar will extinguish his midnight lamp, the merchant will furl his white sails & bid them seek the deep no more. The anxious patriot who stood out for his country to the last & devised in the last beleagured citadel, profound schemes for its deliverance and aggrandizement, will sheathe his sword and blot his fame. Remove hope, & the world becomes a blank and rottenness. (Journal entry made between October and December, 1823)

In all districts of all lands, in all the classes of communities thousands of minds are intently occupied, the merchant in his compting house, the mechanist over his plans, the statesman at his map, his treaty, & his tariff, the scholar in the skilful history & eloquence of antiquity, each stung to the quick with the desire of exalting himself to a hasty & yet unfound height above the level of his peers. Each is absorbed in the prospect of good accruing to himself but each is no less contributing to the utmost of his ability to fix & adorn human civilization. (Journal entry of December, 1824)

Our neighbours are occupied with employments of infinite diversity. Some are intent on commercial speculations; some engage warmly in political contention; some are found all day long at their books … (This dates from January - February, 1828)

The quotes from Emerson are reminiscent of a line from another "leading voice of intellectual culture" - William Shakespeare.

"The first glance at History convinces us that the actions of men proceed from their needs, their passions, their characters and talents; and impresses us with the belief that such needs, passions and interests are the sole spring of actions."
Georg Hegel, 1770-1831, German philosopher, The Philosophy of History (1837)


Understanding the Past and Present. Why is the World the way it is today? 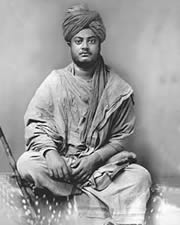